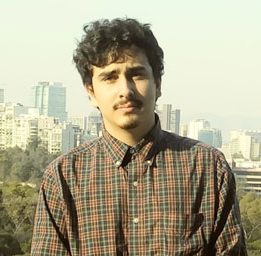 Double major in computer science and political science, Khaymanta moved from Fairview, OR to Eugene to study and “look for ways to solve the problems that the world faces.” He hopes to run for office someday. Class of 2023.

Why did you pick your area of study?
Like many young people today, I am concerned about the future and I am looking for ways to solve the problems that the world faces. I have chosen to double major in Computer Science and Political Science to gain the technical skills and intellectual knowledge to help resolve issues that are affecting people around the world, hopefully by running for political office.

What did you think about college before you attended?
I felt nervous. I worried that I would have difficulties adjusting to my future campus and keeping up with a rigorous academic workload.

What do you love about U of O?
I love that at my university there is a great sense of community and solidarity between students. People are comfortable which each other and the university facilitates a lot of events to enhance the student’s experience at the UO. Also, my university offers a lot of tutoring and advising which for me is really important.

How was the experience of starting somewhere new?
I feel at home at the University of Oregon.

What is your favorite class you’ve taken?
My favorite class I have taken so far is INTL 240: Perspectives on International Development. As the name suggests the class is about different ideologies and economic models that are used to develop nations around the world. It discusses extremely important topics such as neoliberalism, classical conservatism, fascism and many more. It is by far the most important class I have taken in my life. For those who want to change the world, I highly recommend this class as it teaches you the root of many of the world’s problems and the different techniques that are being used to resolve those problems. This class has been one of the most impactful experiences during my time at U of O.