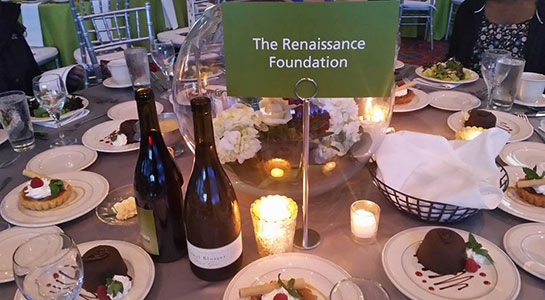 (Portland, Ore.) May 29, 2012 – Portland State University (PSU) has named Arlene Schnitzer and Jordan Schnitzer and Irving Levin and Stephanie Fowler as the honorees for the 13th annual Simon Benson Awards, which will be held on Tuesday, October 9 at the Oregon Convention Center. Together, the two families have given millions of dollars to a wide array of causes both in the Portland area and beyond.

Irving Levin is a serial entrepreneur, angel investor and mentor. He and his wife Stephanie Fowler co-founded The Renaissance Foundation in 2000 to benefit a wide range of philanthropic interests, especially education. Levin is currently Executive Chairman of Genesis Financial Solutions and Chairman of Digital Divide Data, an international social enterprise operating in several developing countries. He serves on the boards of several private companies and non-profits, and previously was on the boards of the PSU Foundation, Providence St. Vincent Medical Foundation, SMART, and the Children’s Institute, among others.

Fowler is an award-winning journalist and a psychotherapist. She was an associate editor and member of the editorial board of The Oregonian, and for nine years hosted Oregon Public Broadcasting’s news and public affairs program “Seven Days”. For many years prior, she was the political reporter/analyst at KGW TV, then KOIN TV.

She serves on the Oregon Board of the Nature Conservancy, the World Affairs Council advisory board, and is a Trustee of Lewis and Clark College.

“We have learned you can’t fix the whole world, so you have to focus, and it’s best to focus on things you care about. Education is one of our shared passions,” Levin said. Levin and Fowler created a scholarship at PSU for students who are the first in their families to attend a four-year college in the United States. Over 50 students have benefited from the scholarship. They are co-sponsors of an I Have A Dream class in the Portland area. The Renaissance Foundation also supports youth and human services, the environment, and educational outreach programs.

Named after one of Oregon’s first philanthropists, the Simon Benson Award was created by PSU in 1999 to honor the region’s contemporary pioneers in philanthropy.  Recipients are community leaders who have generously given time and resources to improve the lives of generations of Oregonians. A key objective of the event is to highlight the impact and raise the profile of philanthropy throughout Oregon