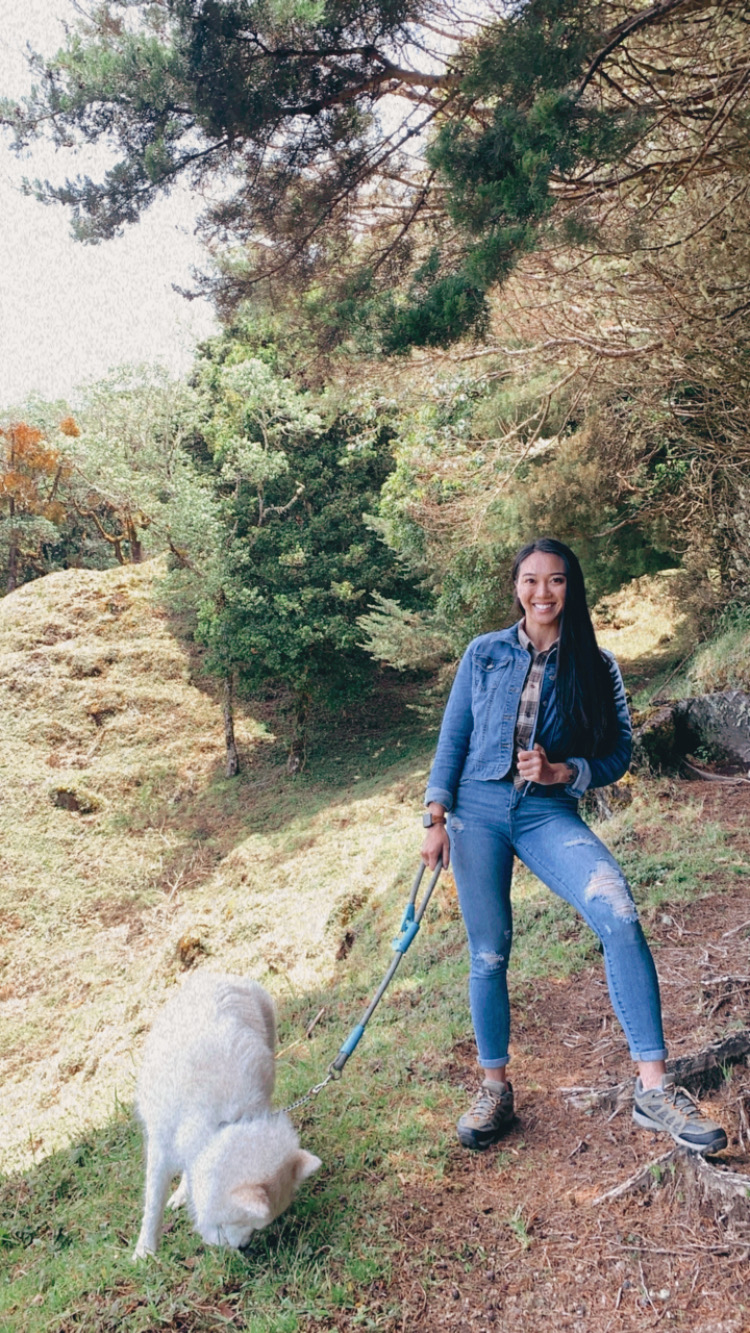 Nicole Yip is a Renaissance Scholars alumnus and current volunteer on the RSP selection committee. She attended Portland Community College with the support of Future Connect, a Renaissance partner program. Nicole obtained her bachelor’s in International Studies at Pacific University. After graduating in 2018, Nicole received a prestigious Fulbright Scholarship to teach English in Panama and completed her master’s degree through Florida State University. In winter 2022, Nicole moved to Austin, Texas to work as a Global Intelligence Analyst.

Why did you decide to attend college?

It’s kind of a long story, but I never planned to go to college as a kid. I grew up with a single mother who was a refugee from Cambodia, so education was never her priority. She wasn’t able to finish college, though she did complete some course work. I grew up hearing constantly that we will never be able to pay or contribute to your college fund. I also grew up in a poor, marginalized part of Portland, where I was surrounded by illicit activity and temptations that veered me away from focusing on school. I had low resources and just a lack of role models who had a higher education, so it just was never a priority of mine.

I never thought college was available for people like me, but I learned that’s not true. College is for everybody, and it’s especially for people like me. Actually, I wish that more opportunities were available to people with similar backgrounds as me. I basically dropped out of high school because I didn’t do well in school.

Then, I enrolled in a second chance program called Gateway to College, which completely changed my life. I did a complete 180 as a person. I entered the program which allowed me to begin in a community college, receive credits towards my high school diploma, and I just hit the ground running. I’ve been in honors ever since and I realized slowly but surely that college and academics are a huge part of my life and something that I greatly value.

How was your experience at Pacific University?

My experience at Pacific so rewarding, academically. It really exceeded any kind of academic standard I had set for myself. It challenged me and I was determined to continue to make it on honor roll, so I worked really hard! It was very academically challenging, but so rewarding because of that. The social aspect was also amazing. I met so many people from all over the world that I’m still in touch with.  Though, it was only two years so I don’t think I had the same experience as the traditional college student, but it was amazing.

What surprised you the most about college?

I did not expect how much it would change my life and my perspective of the world and the people I met. It totally just opened my eyes to different realities and backgrounds and whatnot. Beyond that, it opened a multitude of doors for opportunities for my future, like Fulbright. My past careers and my career now all resulted from my background in higher education. The thing that surprised me the most is how different my life is then I could have ever envisioned when I was younger.

How do you think being the first person in your family to attend college affected your experience?

In every possible way. Looking back now that it’s all said and done, I realize that I had no comprehension to fully be able to grasp how an impediment that was until now that I’ve met people who have had those resources growing up. Truly, there are so many barriers that people would overlook, like tutoring for the SAT or the GRE. Those are things that I had to pay for out of pocket. for example, or I didn’t even get because it was so expensive. Other financial barriers, like being able to pay to pay rent on your own, present a massive barrier to pursuing an education for first-generation students. 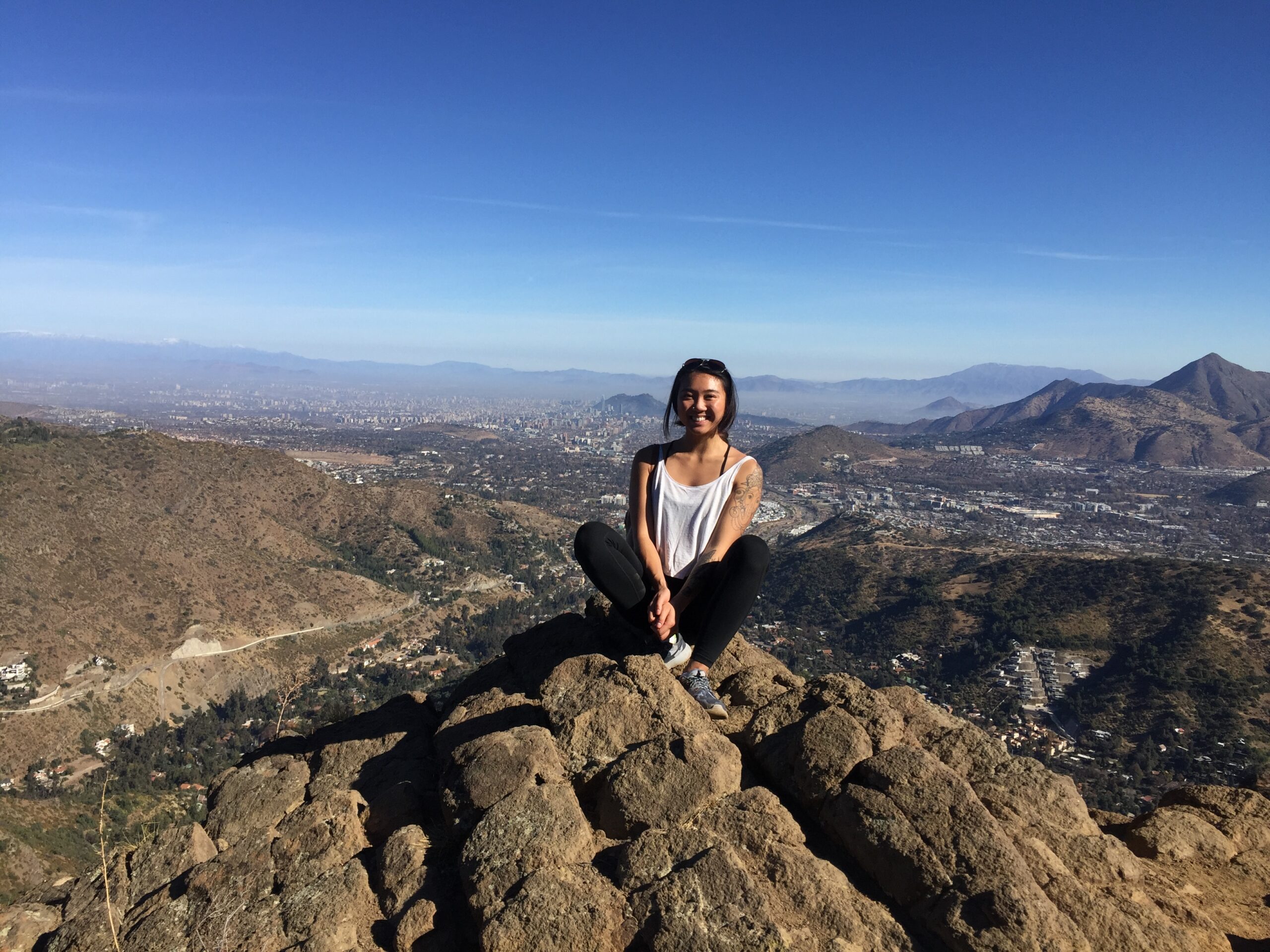 Why did you decide to study abroad? How did the experience affect you?

I never planned to spend a huge portion of my life abroad, but it all started when I took one class in Spanish and I just fell in love with it. I learned and became obsessed with the language and the culture. I was determined to live there and absorb the culture, so I did. I studied abroad in Chile and after that got Fulbright and lived in Panama for a year. I liked it so much that I lived and worked there for another year. I think I became really obsessed with how challenging it was and how much it morphed me into the person that I am now.

It opened my eyes to a variety of different perspectives and so that’s what I just love so much about being abroad and traveling.  I spent a lot of time in Hong Kong as well, being Hong Kongean myself. I am grateful that I grew up going to Hong Kong a lot. I got that exposure at a very young age, and I think in my in the background of my mind I always knew it was a part of me.

Why did you decide to pursue a Fulbright Scholarship?

I really wasn’t planning on that, I decided to apply four weeks before the deadline. You just don’t do that, it’s unheard of. People start prepping eight months in advance or something like that. so. There are a lot of requirements, but I was like “I’m just gonna try, I don’t lose anything in trying.” It was the most stressful 4 weeks of my entire life. I was also taking full time classes and working full time and on top of that applying. I applied with the understanding that I wouldn’t get it and would use it as a trial run but I got it.

I thought it was a mistake and my immediate response was “Oh, how do I tell them that, like they made a mistake? How did they get my address right and my name right?” I decided it was such an incredible opportunity to be able to do what I love: experience other cultures and languages, teach English, and share my own culture and language. I think that being abroad taught me really important life skills and gave me such indispensable perspective. As corny as it sounds, I think it really gave me the understanding that the sky is the limit. I can do anything that I want. If I want to move to Panama, I can move to Panama, there’s nothing stopping me at all. 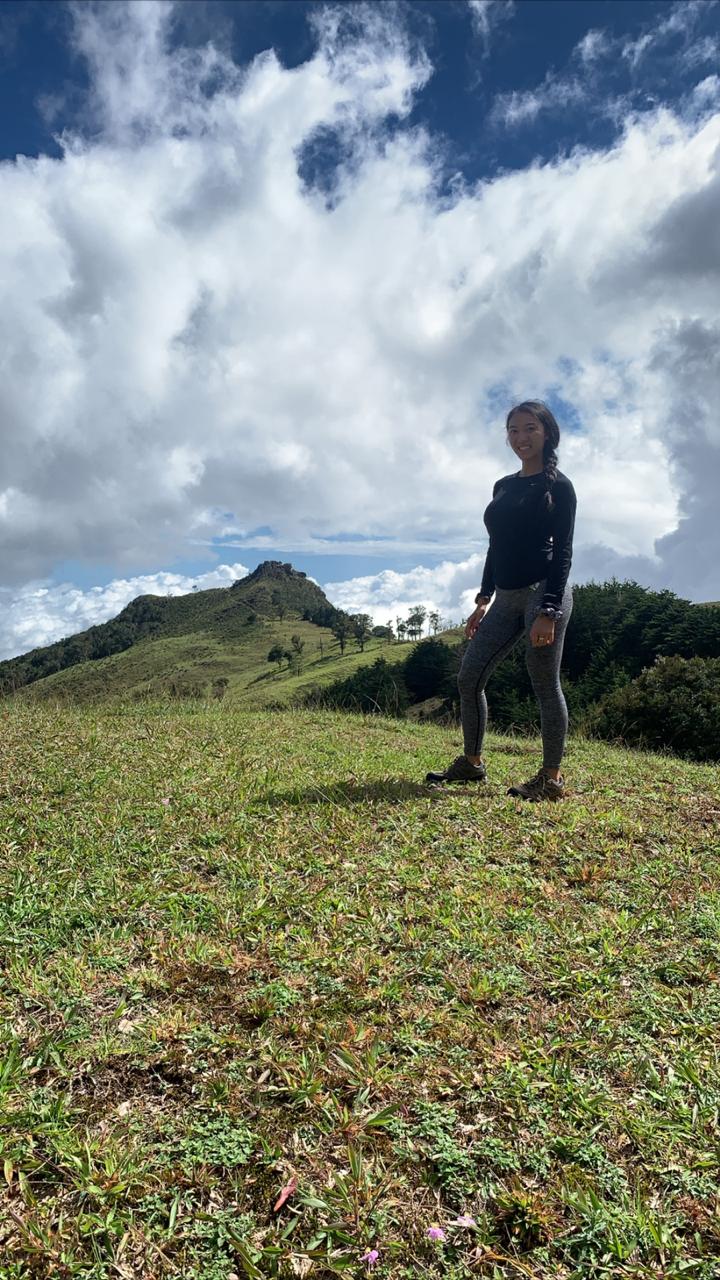 What advice would you give to your younger self?

I would honestly tell myself to love myself and that I was always on the right track. After that major change in Gateway to college, I was so unnecessarily hard on myself. I should have just told myself more, “keep going and I’m here for you and I support you!” rather than, “you’re not doing good enough.” Actually, that’s something I think is more common than not. We’re so hard on ourselves and we expect so much of ourselves. I think we can accomplish so much more when we’re gentle with ourselves. It really does make the world a better place, as corny as that sounds.

Can you tell us about your new role in Austin?

I am a global intelligence analyst at a company called Alert Media, where we search for and investigate possible physical threats to our businesses and their employees. Basically, we are in the business of keeping people safe and use a lot of open source data to look at potential threats. 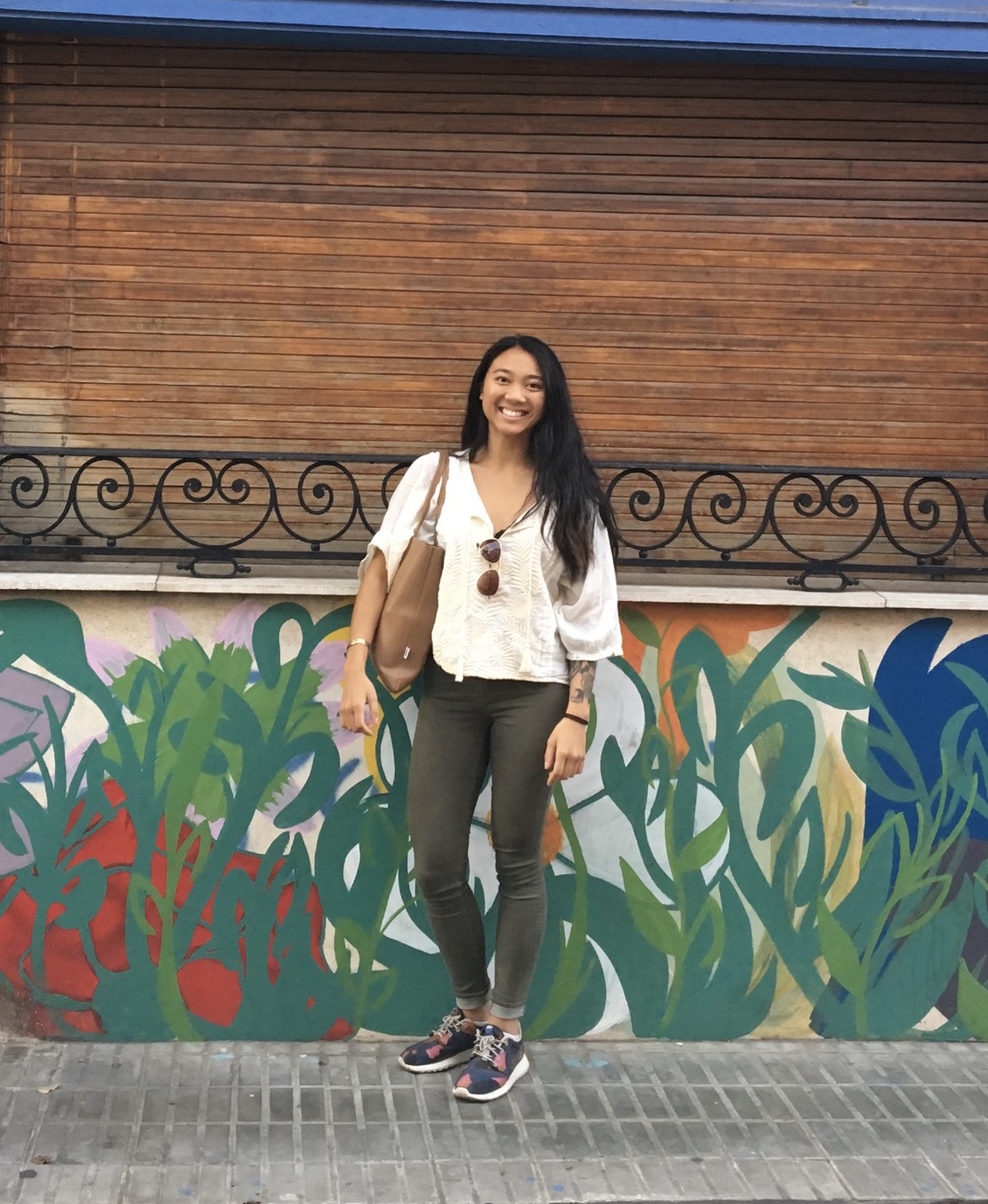 Why did you decide to volunteer with Renaissance Scholars?

I made a promise to myself when I was 17 to give back. I recognize I wouldn’t be where I am and wouldn’t have accomplished things had people not shown me kindness and volunteered their valuable time and resources. My volunteering has always been related to at risk youth or youth and education, but I didn’t have the time or resources to give back in the ways that I could before. Renaissance is greatly rewarding and it’s taught me a lot. It’s not too much of a time commitment, but I feel that I still have an impact. Being a Renaissance Scholar myself, I know how invaluable the organization is and what it does for its students.

How has your experience been on the scholarship selection committee?

As a previous Renaissance Scholar, I’ve been able to come full circle and I see where I was previously. Seeing other students’ unique backgrounds and what they wanted to give to the world and do in their lives is the coolest thing ever. It’s super impactful for me to hear those stories and what people intend to do with their scholarship.