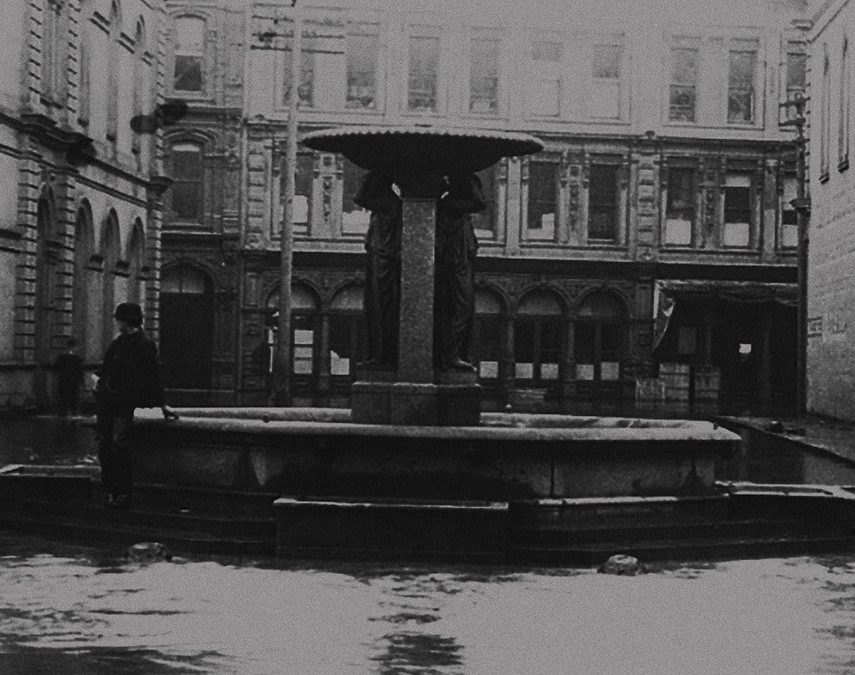 Not far from the constant buzzing of the Burnside Bridge, the Skidmore Fountain stands gurgling, tall and proud. Dedicated in 1888, it has embodied Portland’s values for over a century through the inscription at its base. The words serve as a constant reminder of the lasting altruism of our community: “Good citizens are the riches of a city.”

Despite Portland’s dramatic growth and change, we have to keep in mind the foundation of active citizenship that was laid by the early leaders of our community. And no matter how controversial certain aspects of the history of our state may be, particularly Oregon’s early racism, the words on Skidmore Fountain remind us always to work to create liberty and equity for every single human being.

The fountain’s inscription, combined with the current progressive nature of our city, inspired the creation of the Skidmore Prize in 2004. Each year, the prize honors four young Portlanders who work every day to make this a better place and to preserve the community-oriented nature of our city we all know and love.

“Through quality relationships with the immigrant and refugee communities, and her gift of charisma to inspire others, [Isatou] conveys to all students and families in her program the importance of education and that it is the main key to future success.” Gudeta Wak-Woya – Africa House Youth Program Supervisor, Immigrant & Refugee Community Organization

It’s 6 pm, and Isatou Barry has stayed late — as she does every Monday — to oversee Africa House’s youth council meeting. Twelve high school students gather weekly, under Barry’s guidance, to plan programs and develop leadership skills. This meeting is different. The council has just one more day to prepare to host a cohort of visiting pan-African students at Africa House, and they have some decisions to make.

For starters, what should they order for lunch? Pizza in the American tradition? Or sambusa for familiarity? Which icebreaker should they play — a name game or something more active?

Barry is youth program coordinator at Africa House, a branch of the Immigrant & Refugee Community Organization. A full-time finance student at Portland State University, she moved to Portland from Gambia in 2015, and began volunteering for Africa House as an administrative assistant because she was “bored,” despite a full-time schedule of undergrad classes as Portland Community College while acclimating to her new home in the U.S.

On her first day as a volunteer, she was asked her to find housing for a client.
“I had no idea what I was getting into,” Barry says. “I felt so challenged on my first day, and I was able to help that client. We filled out [a housing] application.”
So it didn’t take IRCO long to identify Barry’s ability to connect personally with the diverse clients passing through Africa House, a one-stop shop for immigration and refugee services after arriving in Portland. She was hired pretty much on the spot.

Because Barry knows firsthand what it’s like to leave everything behind in Africa and land in Portland, the people she encounters through Africa House — including the youth council — say Barry is open and easy to connect with.
“You can relate to her on a different level,” says Milan, co-chair of the Youth Council. Other council members say Isatou is a hard worker who doesn’t lounge, makes you feel like “you can do anything you want,” and is the “light of youth council.”

The next stop for Barry: law school, and then back to the nonprofit realm. She hopes to advocate for fair policies to help uplift minority communities.
And as for those two questions regarding the visiting pan-African students: The youth council decided on sambusa for lunch. And they decided to play both musical chairs and a name game for icebreakers.

BOTTOM LINE FOR PORTLAND:
Barry’s youth programs impact more than 100 immigrant and refugee students from seven Portland schools, representing East, West and Central African nations. She reinvented the Africa House Youth Council, which builds leadership among 12 or more students as they develop programs for other African immigrants and refugees in their school communities.