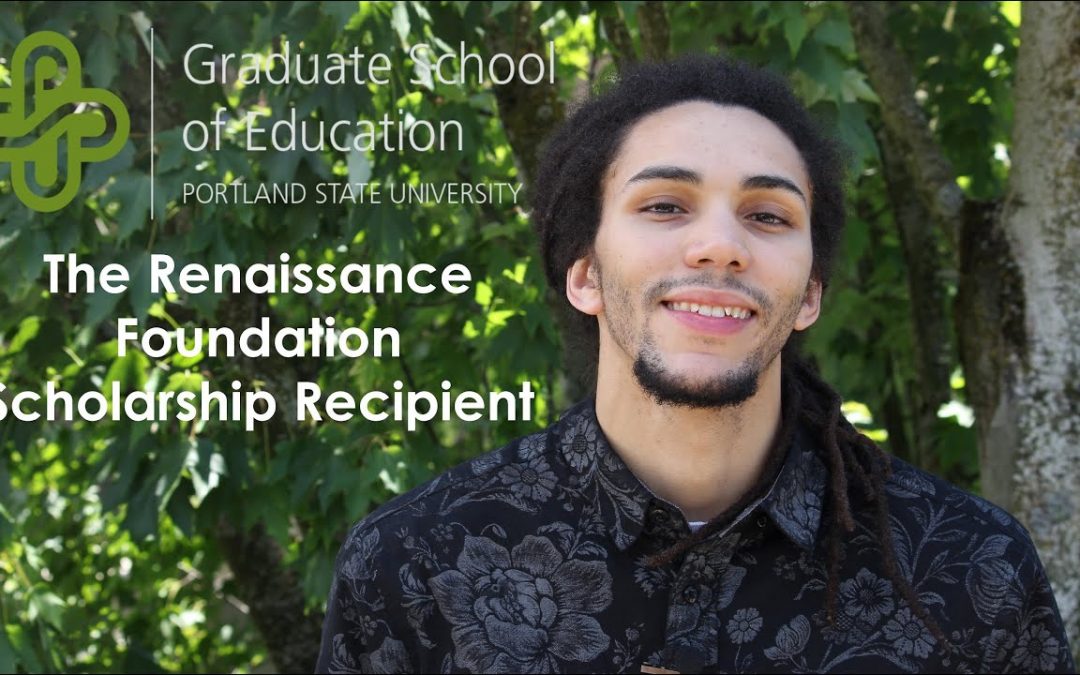 Portland State will send nearly 5,800 students off with newly minted bachelor’s, master’s and doctoral degrees on Sunday, June 12. Most are headed for the workforce to become teachers, engineers, artists, social workers, architects, history professors – you name it. As a whole, they make up one of the biggest and most diverse graduating classes in Oregon. As individuals, they represent the promise of a generation.

For Jayme Causey, the motivation to earn an education master’s degree was rooted in his upbringing.

“I wanted to teach and help out in the community that helped raise me,” says Causey, a graduate of Portland’s Grant High School and first of his family to earn a college degree.

It didn’t come easy. He delivered pizzas to help cover tuition, later becoming a supervisor in the Pizzacato branch across the street from his former middle school. When his father died, he lost one of his biggest supporters but not his drive to finish.

“Instead of leaving me feeling defeated and hopeless, it motivated me to work harder and more focused than ever,” Causey says. “I truly realized how fragile life is, and to make the most of any opportunity.”

He got his start in higher education at Portland Community College, transferring to PSU after two years. He took a year off to volunteer and mentor students at Beaumont Middle School, where he had once been a student.

“I worked with students who were struggling with their classes and needed someone to spend some one-on-one time with,” Causey says. This term, he was a student teacher at the same middle school.

“I’m excited to be graduating,” Causey says. “But it’s really just the start of something larger.”

Causey, one of approximately 300 getting degrees this year from PSU’s Graduate School of Education, recently accepted a job offer from Portland Public Schools to teach English language arts at Jefferson High School – not far from where he grew up.